Contents.Background A mobile form below the level of a, the Abomination is an evolution of the command form. The Abomination's role is to direct lesser Flood in combat, greatly increasing their effectiveness with its coordinating intelligence. Abominations are created when normal cannot be formed and the Flood must remain mobile. As the Flood gathers strength, it will assemble attack waves of lesser Flood forms around Abominations for protection.

The Flood is a fictional parasitic alien life form in the Halo multimedia franchise.It is introduced in the 2001 video game Halo: Combat Evolved, and returns in later entries in the series such as Halo 2, Halo 3, and Halo Wars.The Flood infects any sentient life of sufficient size. The Flood-infected creatures, also called Flood, in turn infect other hosts.

Gameplay The Abomination is the super unit for the Flood faction in Halo Wars 2's expansion. The Abomination has the ability to strengthen the Flood's firepower and defenses, allowing the packs surrounding the Abominations to become more durable and lethal to the enemies.

It possess a powerful slam for attack, utilizing its tentacle arm to whip the ground, dealing considerate damage to infantry. It is best to eliminate Abominations quickly before the other Flood Forms rally around them. Abominations generally perform well against infantry, vehicles and structures, but cannot attack air units. The best unit to deal with Abominations is long-range units like the Kodiak, Blisterback, or any unit that can to dodge its attack. Super Units, such as Retriever Sentinels, Condors, and Scarabs are recommended to take an Abomination head on.

This section needs expansion. You can help Halopedia. Production notes. The Abomination was introduced as the Flood super unit in Halo Wars 2's Awakening the Nightmare expansion. Its design is derived from the, a Flood form that was originally created for but was ultimately cut from the game, though the Abomination is significantly larger than its forebear in-game. A form bearing heavy resemblance to the Abomination can be found in the cutscenes of Awakening the Nightmare, though acts in a different way. 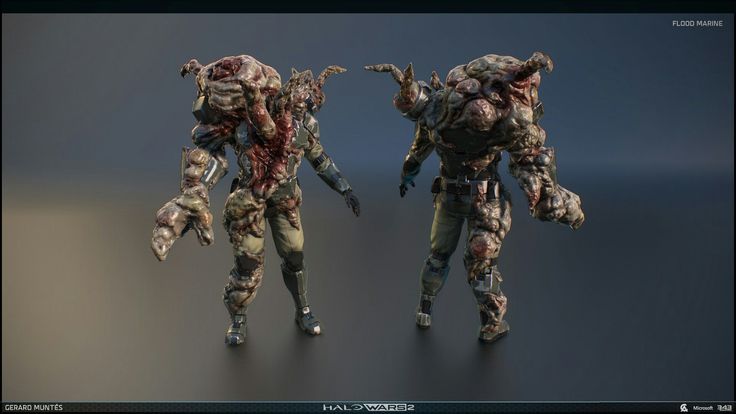 Where the in-game unit is slow and tank-like, the form seen in the cutscene is much more agile, rolling around in a ball and using its tendrils to grapple the limbs of warriors and pin them down, as opposed to using them in a manner seen in-game. Renders of this unit from the cutscenes are referred to as the 'Flood Commander' on Artstation, though it is unknown if this is intended to be a different Flood form entirely, or simply an internal codename for the model.Gallery.

Mission 09 - The FloodPrimary objectives:Reinforce Spartan Red Team.That's your main task - get to the Spartan Red Team. As before - DO NOT PRODUCE any infantry! Keep working with tanks and other vehicles.Destroy Flood Boss.There is a big floody thing to destroy also, you can crush it right on or destroy it's supporters first (shown on map).Secondary objectives:Kill 20 Flood Stalks.There are funny flood plants on the map. Just keep destroying them.Have all 5 Flood Colonies dormant at once.That one is tricky, because Flood Colonies rebirth themselves after some time.How to get the skull?Location:East from your base, near a downed Pelican.Required objective:Kill 20 Flood Stalks.ContainerIn the western part of the map.