EU4 World Conquest TipsOk, so a lot people online say it's not possible. Just like a lot of people say it's not possible for England to win the Hundred Year War that starts at 1444. But it is possible to win the Hundred Year War as England and to get an instant Personal Union with France. And this is probably the best way to start your World Conquest. 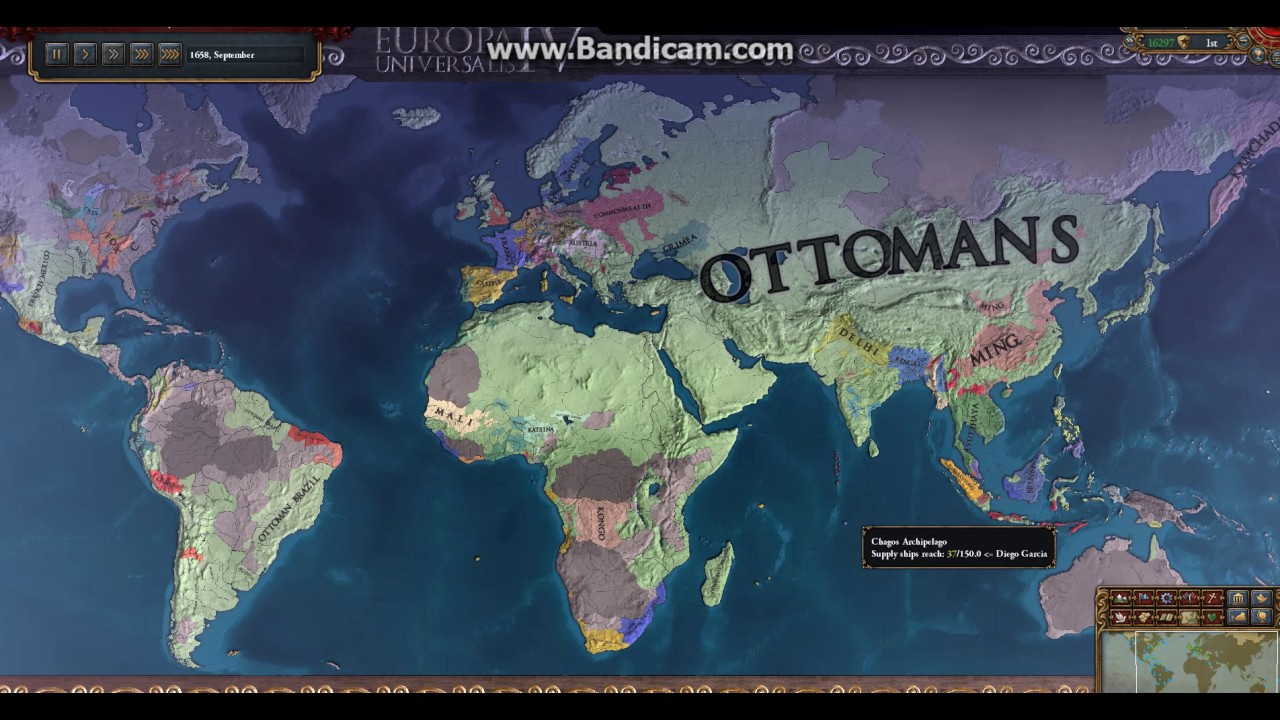 Next you can either wait to get extremely lucky or force a Personal Union. If you wait and the king of the nation you have a Personal Union with dies without a heir and you have high prestige then you can inherit there nation in a Personal Union. But like I said, you have to get extremely lucky and you want world conquest so have no time to wait for that. Instead you wait for the nation you want to take to have no heir and you claim their throne. This can be done in the diplomacy window. Next you attack them with the casus belli you just got from claiming the throne.

So make sure your current king is not to old, and can live for at least 7 more years.After 50 years of Personal Union with a nation you can integrate them into your nation and finally take their land. With cores and everything already there for you.

Atm world conquest is rather easy at least as a non european nation. All you need is time and willing to hit pause every 2-3seconds over like 20hours. And of course get a feeling for how long you can keep coaltions(in the beginning, before you can exploit them) in an endless war, to prevent other nations joining it.